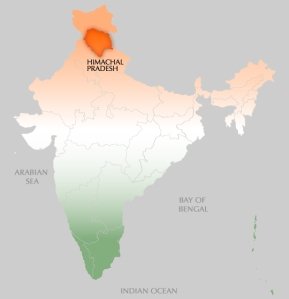 In 2012, in a European cafe in Udaipur, we met a Canadian man from the interior of BC. This was his sixth trip to India, although each time when he returned home he said he was never going back. India is like that – it does not resonate with everyone – but if it does, it gets into you and stays there. Into your psyche, your emotions, your spirit and into your very senses.

In many ways we feel done with Mother India, complete. Some things have come full circle. Our closest Tibetan friends are moving to Canada soon, the father is already there, waiting for his family, as I’ve written previously.

India lives in me and always will. I cannot shake her off. In fact part of me is always there. I can call up the memories whenever I wish to, and as the world becomes a smaller place energetically, I have a sense that my two spiritual homes are beginning to segue into each other in a new and deeper way.

Delhi has been our entry point and often our exit point on most of our five trips. Flying in or out of Mumbai and Chennai, Tamil Nadu, the exceptions, were just fine, but Delhi holds a place in my heart. I like Delhi and feel very comfortable there, despite the pollution and chaos. (It rates 11 out of 30 for the world’s most polluted cities, and 6th in India for pollution). We were very fortunate on this trip, to miss particularly bad pollution weeks, both coming in and leaving Delhi.

Walking in the laneways of McLeod Ganj, Dharamshala, of Udaipur, and in 2007,  the Holy City of Varanasi on the Ganges, the draw of the Dalai Lama’s temple over ten years, the power of our Golden Temple visit, the unsurpassed beauty of Lake Pichola and the Old City of Udaipur, these are the memories I carry within me.

India is not all brightness & light. There is a growing middle class, yet poverty remains rampant. It is not a country for women, although middle and upper class women have more equality these days.

Everything is as One as we delve inward towards our centre…our connections with the presence of the Divine during this special journey, the very act of writing about this trip…all these things join me to my dear Tibetan friends in India: Kelo, Thupden, Tsoknyi, Dekyi and Pema.

This is what I will remember always…

An interesting article for you:

Ellen Besso is a former Life Coach & Counsellor & a Reiki Practitioner. She is the author of An Indian Sojourn: One woman’s spiritual experience of travel & volunteering, and Surviving Eldercare: Where their needs end & yours begin, both available through Amazon. 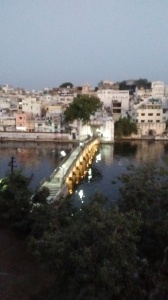 We began to explore the area around our neighbourhood, and ventured across the footpath to visit our friend Lal Singh at his travel agency the next day, but did not connect with him until a few days later. Our other friend Deepti, formerly a travel agency business partner, met us on the second day at a mini clothing department store, then took us to a four story flashy mall for browsing and lunch, after we picked up her young son from playschool. One of the fast food kiosks on offer was Subway!

Deepti had initially offered to pick me up on her motor scooter and drive me to the clothing store. For a split second, a younger me thought “Yes!“, but then reality took over and the idea of sitting behind her on a bike in the busy Udaipur streets with the bizarre traffic patterns, (choreography, Don calls it), scared the shit out of me. “Don wants to come with us“, I told her, and we met her there in an auto rickshaw, quite dangerous enough in heavy traffic for my current tastes.

Deepti later switched vehicles with her husband, whose office was across the street from the store, in order to drive us around. Don and I crossed the busy street on foot – very carefully – and farther along street I spied Deepti, scooter at right angles to the traffic, crossing a couple of lanes of cars, then riding slowly in front of a city bus! I could hardly believe my eyes. Afterwards I said, “You must have nerves of steel.“. “You have to“, she replied. Sadly, I did not capture a picture of her – but the image is impaled on my eyes!

Over the ten days we were in Udaipur we visited a few of the sites we`d seen before. My favourite, the enormous Indian market, really of about twenty markets, is divided into areas according to their wares: vegetables, cook wear, clothing, and so on. As usual, we saw only a couple of white faces during our time there; the rest of the tourists just have no idea what they are missing.

Our goal on this visit, along with window shopping, was buying a rope to secure Don`s old suitcase. I noticed the rope kiosks by accident on our way out of the market, and Don purchased a blue rope with sparkles on it, luckily just the right length for what he needed.

We had seven days of warm weather, with cool evenings, then some rain came in, very unusual in early December in Udaipur. But a cyclone was brewing farther south, in Northern Maharashtra State and Southern Gujarat State. The cyclone never materialized, but it brought the poor weather. While it was interesting the experience three days of poor weather for the first time ever here, we were sad to lose precious days, as it is doubtful we will return to Udaipur.

One Saturday afternoon, towards the end of our visit, we had an Indian adventure, when we set out in an auto rickshaw, with a driver chosen by Lal Singh, to find a pharmacy. The pharmacy we were referred to was closed, so our driver raced around the circuitous laneways of the Old City, looking for another store, with no luck. Branching out farther, we had to detour several times, as hundreds of folks lined up along bridges and roadways, part of Hindu and Muslim weddings.

We finally located an excellent pharmacy in another part of the city, a long ride in heavy traffic when in an auto rickshaw. Later we were trapped in the middle of what initially looked like a protest, (not good; our government travel advisory tells us to stay away from large crowds), but it turned out to be a Muslim holiday parade.

The highlight of our visit to the City of Lakes was dinner at each of our friend`s homes, where we were served delicious meals. At Deepti’s home we were privileged to be included in their evening pujas, prayer chants to Sai Baba.

A funny cultural misunderstanding occurred in Lal Singh`s home, where we were served appetizers and drinks, and enjoyed pleasant conversation for several hours. When the hour of nine o’clock drew close and we still had not eaten, we weren’t sure what to do. When I quietly told the host we would need to leave soon, my partner Don suggested we should eat. It was then that we discovered that in traditional Rajasthani homes, the guests are meant to say “let’s eat”, not the hosts!! We all had a good laugh over our faux pas, then enjoyed an excellent meal of butter chicken.

On our last morning, we climbed the steep stairs to the deck to find the skies had cleared, and all the tables replaced on the open part of the deck. We passed a happy hour eating breakfast and soaking in the view of the lake and the city before our driver arrived to take us to the airport.

What I will forever remember about our three visits to Udaipur is the strong friendships we developed there, the hours of enjoyment on the deck of Dream Heaven Guesthouse, high above Lake Piccola, and the Indian Market.

Ellen Besso is a former Life Coach & Counsellor & a Reiki Practitioner. She is the author of An Indian Sojourn: One woman’s spiritual experience of travel & volunteering, and Surviving Eldercare: Where their needs end & yours begin, both available through Amazon.